← BACK TO FEATURED STORIES

Update from the Andes

A few months after winning her Whitley Award, we caught up with Ximena to hear what she’s been up to.

In May – A local Tarja produced a limited edition wine to support Ximena’s NGO – Prometa. They named it Tremartos from the Latin name for the Andean Bear.

In September, TEDx came to Tarija and Ximena was invited to speak. Her compassionate talk focused on her 18 years of work promoting Andean bear conservation, the ecology, biology and evolution of the bear and above all her reasons for saving the bear. Her talk can be viewed here:

Also in September, the house of MPs approve a law to declare the Andean bear a national treasure. Ximena’s law will formerly be called Ajayu’s law – ‘Ajayu’ meaning ‘Spirit’ in Quechua, in honour of an Andean bear which was brutally beaten by people last year. This law will declare the bear part of Bolivia’s National Natural Heritage.

In November – a Bolivian Bear and Jaguar Action Plan meeting held to develop priority conservation actions for this species.

Also in November, Ximena chaired a session on Andean Bear conservation and research at the International Bear Association Symposium in Quito. 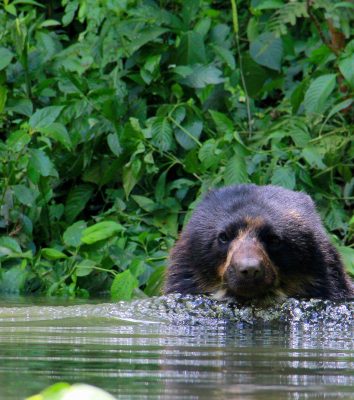 A new partnership with Whitley & the Andean Bears